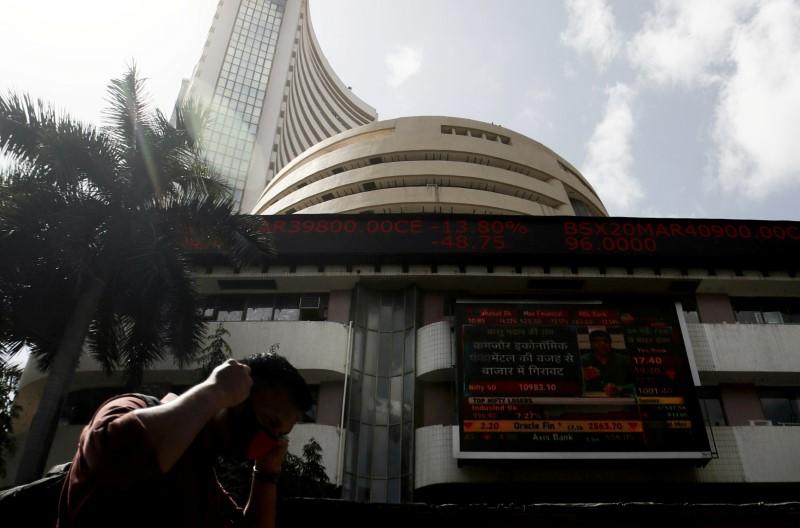 BENGALURU (Reuters) – Indian shares fell on Thursday in a choppy trading session as investors fretted over a deadly border clash with China and a spike in coronavirus cases.

S&P 500 mini futures fell 1.2% in early Asian trade while MSCI’s broadest index of Asia-Pacific shares outside Japan lost as much as 1% as a spike in coronavirus infections in some U.S. states and China dampened hopes of a quick economic recovery.

India and China said they wanted peace but blamed each other after soldiers of the two sides savagely fought each other on their Himalayan border, killing at least 20 Indian troops.

The clash has renewed calls from local Indian trader groups to shun Chinese products, with China’s Oppo cancelling the live online launch of its flagship smartphone in India on Wednesday.

The Indian government will bar Chinese companies from providing any telecom equipment to state-run telcos and may also prohibit private mobile phone operators from using gear supplied by the likes of China’s Huawei and ZTE, according to a media report.

In early Mumbai trading, telecom stocks Bharti Airtel Ltd was up 0.26% and Vodafone Idea Ltd rose 2.03% ahead of a Supreme court hearing about dues it owes the government.

Reporting by Chandini Monnappa in Bengaluru; Editing by Anil D’Silva