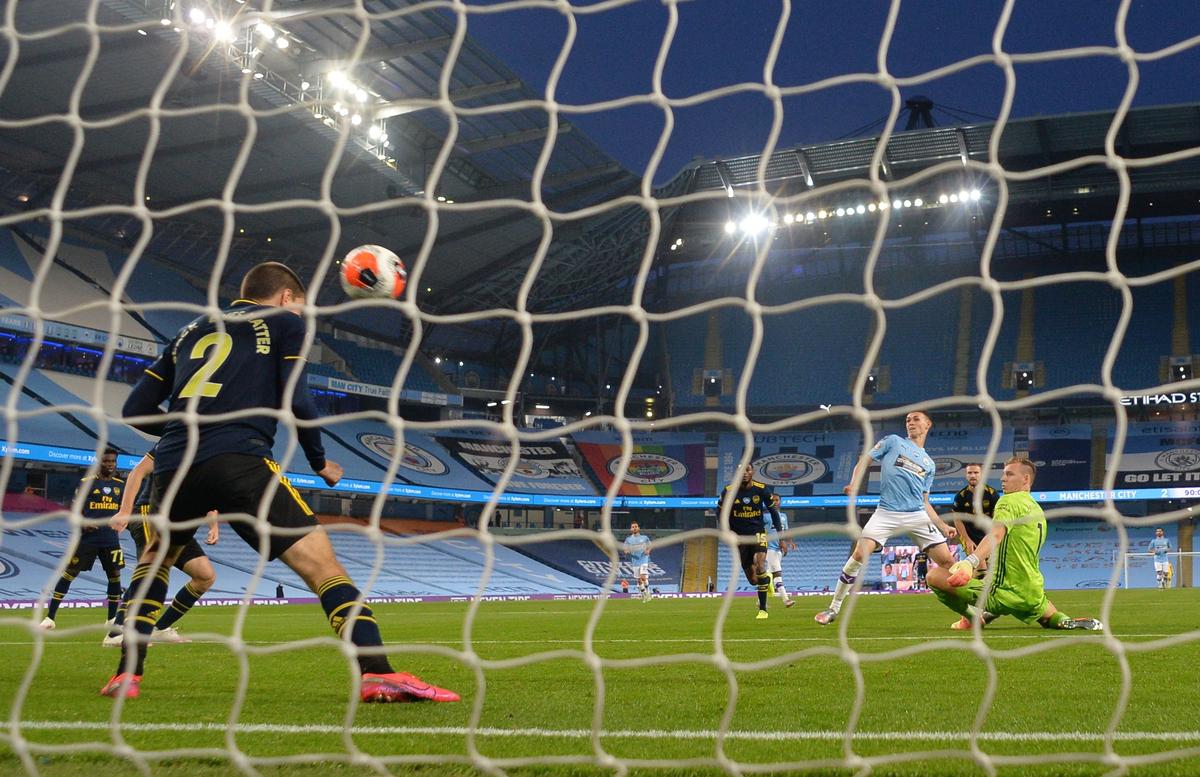 LONDON (Reuters) – This season’s Premier League survival scrap will not feature TV cutaways of fans chewing fingernails, checking scores on their phones or, when all hope has gone, bursting into tears.

This time the annual “beat the drop” contest will be played out in eerie silence in empty stadiums while fans squirm on the sofa at home. It will add a sense of the surreal to what promises to be an absorbing spectacle.

After Aston Villa’s 0-0 draw with Sheffield United on Wednesday, the six clubs mired in the battle have nine games left in five frantic weeks to preserve their top-flight status.

When the season stopped three months ago bottom club Norwich City were six points behind 17th-placed Watford and according to manager Daniel Farke requiring a “little miracle”.

Norwich have shown enough to suggest an escape route might still be possible and a win against Southampton on Friday would raise hope in East Anglia, especially with games against fellow strugglers Brighton, Watford and West Ham United still to come.

Second-from-bottom Villa are five points better off but Dean Smith’s side were in a wretched run of form before the lockdown.

Therefore Wednesday’s point, and a rare clean sheet for a side that has conceded 56 goals, was something to cling to.

They even had an enormous slice of luck when keeper Orjan Nyland carried the ball over his own goalline but a technology glitch meant he got away with it. An omen perhaps?

Third-from-bottom Bournemouth have punched above their weight since reaching the top flight in 2016, but Eddie Howe’s side fell away badly in mid-season and their cause will not be helped by winger Ryan Fraser opting not to extend his contract beyond June 30 to complete the season.

Watford, one place above the drop zone, looked doomed before Nigel Pearson took charge in December, with one victory all season. He inspired a stunning turnaround in form though and shortly before the coronavirus pandemic struck they ended Liverpool’s hopes of an unbeaten season with a magical 3-0 win.

Three defeats in their four games before the pause left the Hammers, like Watford, out of the bottom three on goal difference only. Their fate could be decided in their last four games when they face Norwich, Watford and Villa.

Brighton are two points better off in 15th but face a formidable schedule with Arsenal, Leicester City, Manchester United, Liverpool and Manchester City still to play.